Finalist 2020
Based in Mexico 3 minutes read

Reversing agriculture’s negative impacts on our waters and supporting land-based fish farmers by recycling wastewater for feed and purification.

The Challenge: Water pollution in farming and aquaculture

Not only does agriculture account for 70% of freshwater withdrawals worldwide, it also plays a major role in water pollution by releasing large quantities of agrochemicals, sediments and organic matter into bodies of water. Excessive nutrients runoff, predominantly nitrogen and phosphorus from fertilizer and manure, sparks extreme algae growth, leading to lifeless rivers and dead zones in the oceans. In turn, freshwater and marine ecosystems, and the economic viability of these environments suffer.

Likewise, intensive fish farming causes downstream nutrient pollution. Keeping fish healthy in their tanks on a full-scale fish farm requires that the water be changed on a regular basis, up to several times a week. This calls for huge amounts of freshwater and generates substantial wastewater emissions, in turn creating its own set of sustainability concerns.

The challenge of feeding 10 billion people by 2050 is inherently linked to water security. According to FAO, fish will be one of the most important protein sources to feed the world’s growing population. Unregulated, this growth could result in vastly increased freshwater demand and increased pollution in rivers and oceans as effluents from wastewater are discharged from farms. The high-pollution, water-exigent nature of intensive inland fish farming could become a major constraint on future food production, in particular in areas that already suffer from dry conditions. In addition, the bulk of inland fish farming producers (aside from Norway) operate in developing countries, making the sustainability challenge an economic one as well. 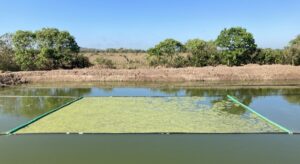 A pilot farm, where lemna is grown out of fish farming waste water. Photo: MicroTERRA

microTERRA is a Mexico-based for-profit, biotech company that has developed a circular aquafarming technology, based on wastewater.

microTERRA is supported by The Nature Conservancy, Echoing Green, National Geographic, Columbia University, among others. It has received pre-seed funding from the Techstars Accelerator program in partnership with The Nature Conservancy. The Tamer Fund for Social Ventures has also invested in the company, which recently signed an LOI with renowned food-tech accelerator Indie Bio NYC; a USD 250,000 investment and inclusion in its 2021 spring program. microTERRA is still in the pre-revenue stage.

The Initiative: Upcycling wastewater to produce protein with the help of Lemna

Taking a circular approach to solve the problems caused by an expanded need for nutrition and ever-increasing levels of water pollution, Mexico-based microTERRA has developed a method to recycle nutrients from aquaculture and agriculture before they contaminate our waters. Their onsite water treatment system, developed for inland aquaculture, but also suitable to treat cow-, chicken-, and pig manure, uses Lemna, a free-floating aquatic plant, to transform wastewater into sustainable animal feed protein concentrate, while also cleaning the water.

“The solution has a two-fold advantage: it avoids pollution downstream and saves water in areas that suffer from dry conditions.”

microTERRA installs their Lemna cultivation process in inland aquafarms and pays rent equivalent to the volume of Lemna produced per hectare.  The Lemna grows as it feeds on nutrients from fish manure contained in the wastewater, simultaneously it cleans and conserves the water, which eliminates the need to discharge untreated wastewater. Once harvested and dried, the Lemna contains up to 45% protein and other nutrients, making it a suitable ingredient for the production of a protein concentrate used in the animal feed industry.

By commercializing a Lemna protein concentrate for the animal feed industry, microTERRA can provide farmers with another revenue stream, thus incentivizing the adoption of sustainable production systems. microTERRA works with local, Latin American fish farmers who, due to financial constraints, might not otherwise have the means or the know-how to implement climate-smart farming solutions. Helping them to install these water-recirculating systems can potentially increase their net profits by 25%, while also ensuring a consistent and reliable product for the feed industry. The profitability of this solution is key to ensuring its scalability and overall impact. 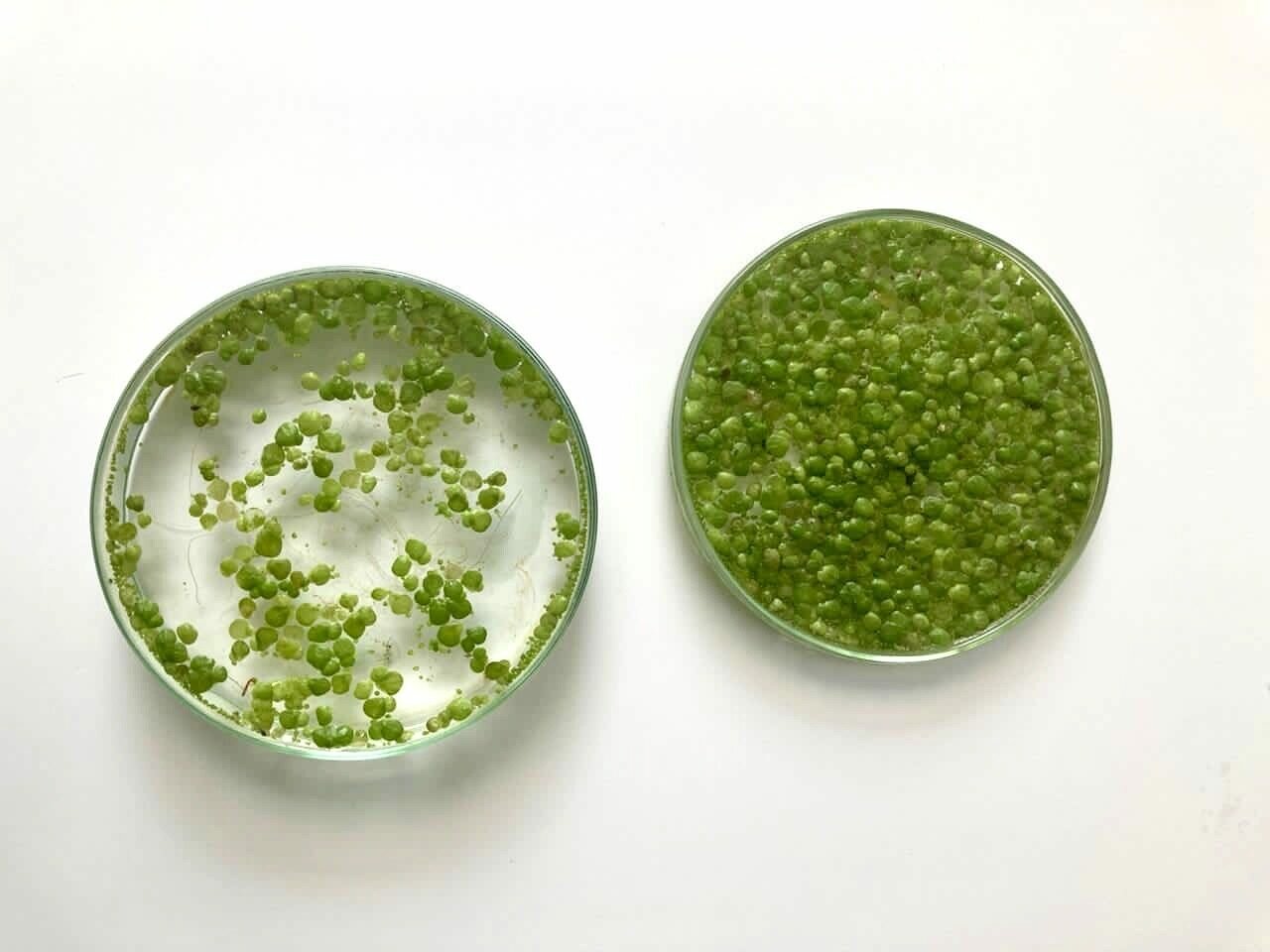