Global food production must stay within the planet’s safe boundaries 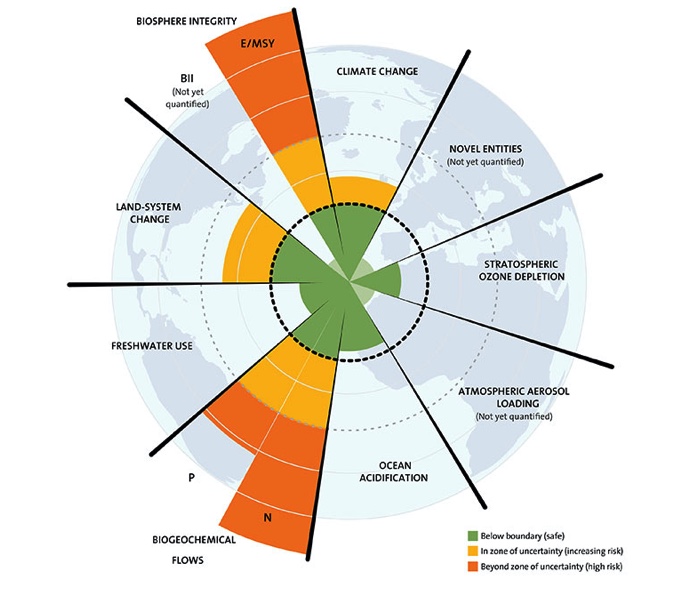 We live in the Anthropocene, a planetary epoch defined by humanity’s impact on the Earth’s geology, climate, and ecosystems. Our food system contributes significantly to that impact by placing a mounting burden on the biosphere, the planet’s thin layer of life.

Already today, the global population is nearly 8 billion. As it rapidly increases – scientists predict it will grow by about 70 million per year and reach nearly 10 billion by 2050 – we will put even more pressure on planetary boundaries and increase the risk of passing critical tipping points for the Earth’s stability and resilience.

In 2009, a group of internationally renowned scientists identified nine processes that regulate the stability of the planet’s climate and ecosystems. For each of these processes, the scientists proposed a quantitative planetary boundary within which humanity could continue to thrive for generations to come. The planetary boundaries framework has generated enormous interest among scientists, policymakers, and the general public. It has been a particularly effective guide for making food systems more sustainable.

In a 2015 update, the scientists concluded that four boundaries had already been breached: climate change, biodiversity loss, land degradation, and phosphorus and nitrogen pollution have now reached unsafe levels.

Learn more about the connection between the food system and the nine planetary boundaries: