Prizewinner 2020
Based in the United States 3 minutes read

Reshaping agriculture in nature’s image is the drastically simple and yet revolutionary approach that may help the food planet move into a truly resilient mode.

The challenge: Our need to increase yields without mining soils empty

Boiling it down to essentials, we have to produce more food on the same amount of land while respecting our planetary boundaries in ways that secure the health of humans, the biosphere, and our planet. Today’s agricultural practices do not deliver on these demands. Methods have to be reimagined and re-engineered, but not necessarily re-invented. Nature itself offers models that can be mimicked, if not all that easily.

Many of the shortcomings and failures of today’s agriculture relate to annual crop monocultures and our dependence on high volumes at low cost. Four crops – soybean, wheat, rice, and maize – occupy almost half of the world’s entire agricultural lands. The annual cultivation calendar repeatedly disrupts the soil’s natural processes, including its methods of regenerating and rebuilding its defenses and nutrients. We tend to compensate for this by using fertilizers, pesticides, and fossil-fuel-wasting machinery. We till, sow, plant, and harvest in repetitive patterns – over time linearly rather than circularly – consuming, polluting, degrading, and depleting ever more resources. By repeating this process over and over again, we are turning the soils dysfunctional, unfertile – empty.

We are losing fertile soils at a rate of 24 billion tons a year, according to the UN’s Global Land Outlook. Soil health has come into focus as the very foundation of our food system – the key to food security and food safety as well. Soil produces 95% of our food and holds nearly a quarter of the planet’s species – a complex web of life forms. It is also a significant carbon sink, potentially the most effective medium to sequester C02. As it is now, we release soil carbon by tilling and plowing annually.

Switching to perennial crops looks increasingly like one of the most promising avenues to reverse these processes. Perennial crops are alive year-round and produce harvests multiple times before dying. They are not new to agriculture; plants such as apples and alfalfa are already commercially grown and harvested. Most farmland, however, is devoted to annual crops. Perennial crops can reduce soil disturbance, soil erosion, and nutrient leakage.

Extensive use of perennial crops would be a total game-changer for today’s agricultural practices. More perennial species are needed to create diverse agroecosystems adapted to local environments and economies worldwide, and they have to prove their commercial advantage to farmers, not only long-term.

The Land Institute is a Kansas-based non-profit organization working to ignite a global, nature-inspired systems reboot in agriculture. It is a world-leading institute focusing on the development of perennial grain crops and polyculture farming solutions. It collaborates with over 50 research organizations worldwide.

The Land Institute was founded in 1976 by plant geneticist Wes Jackson along with Dana Jackson, who worked at the Land Stewardship Project in Minnesota. The organization owns more than 879 acres of land.

The Initiative: perennial polycultures, a collaborative approach to soil

The benefits are manifold: biodiversity is increased from soil microbes to farms to landscapes; soils are enriched not mined (nearly zero erosion and leaching); weeds are suppressed not killed; pests are avoided not fought with agrochemicals; cropping systems are vernacular rather than standardized; and farmers are able to break out of the agricultural treadmill and improve their economic viability. Additionally, more energy is harvested than used to grow the food. Perennial crops could also reduce land degradation and loss of soil carbon, it could make production more climate resilient and could conceivably mitigate climate change.

“A widespread use of perennial polyculture crops would be a total game-changer for the current agricultural practices dominated by annual crop monocultures.”

Their international network of collaborating researchers is used for sharing and evolving research strategies, technical and fundraising expertise, and socio-cultural engagement. Online infrastructure for storing and sharing data will be developed to secure storage in seed banks to preserve and share genetic material for perennial crop development. They will also establish a competitive seed grant program for perennial crop breeding, as well as agroecological research. 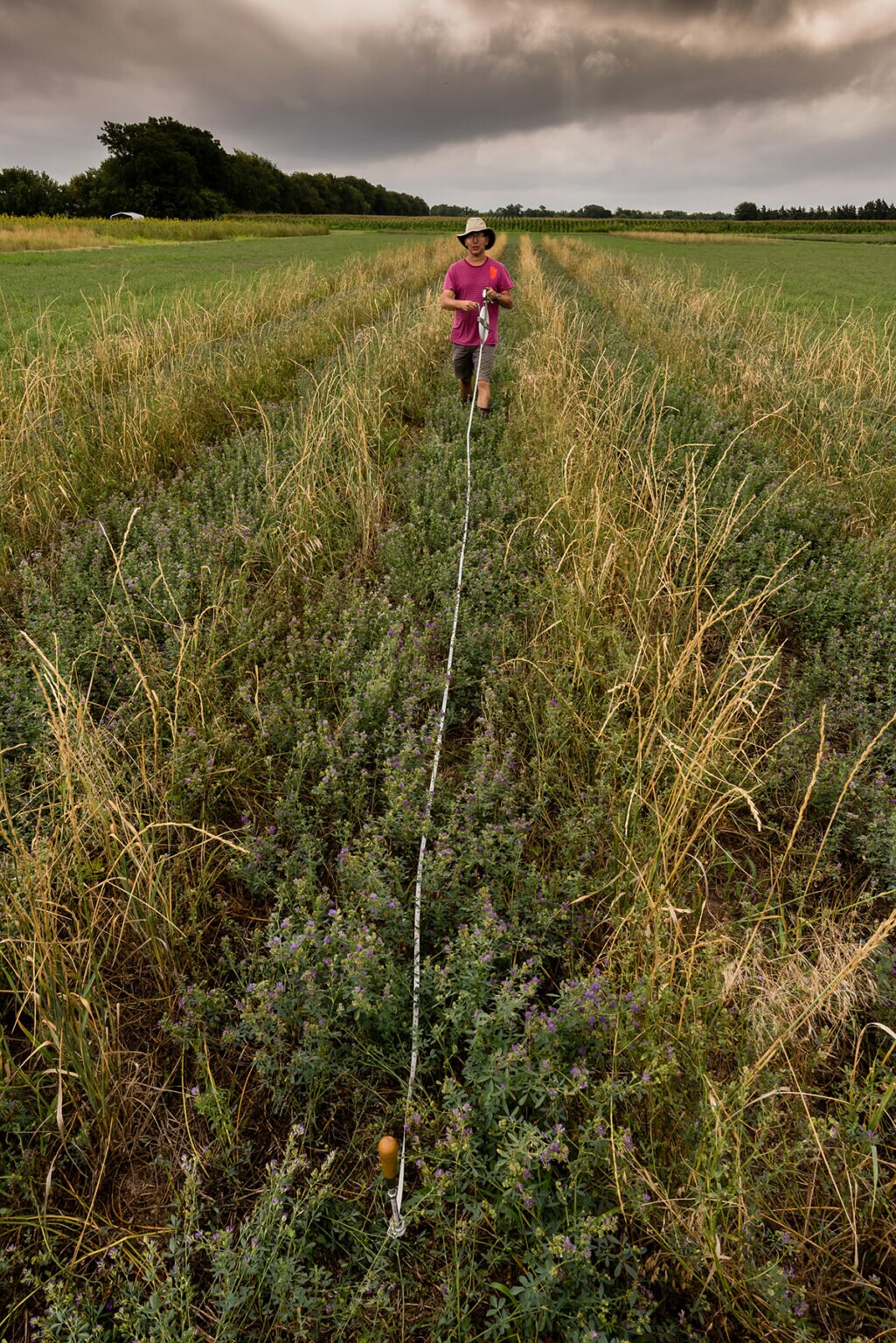