Is weather management on a major scale the way to go? 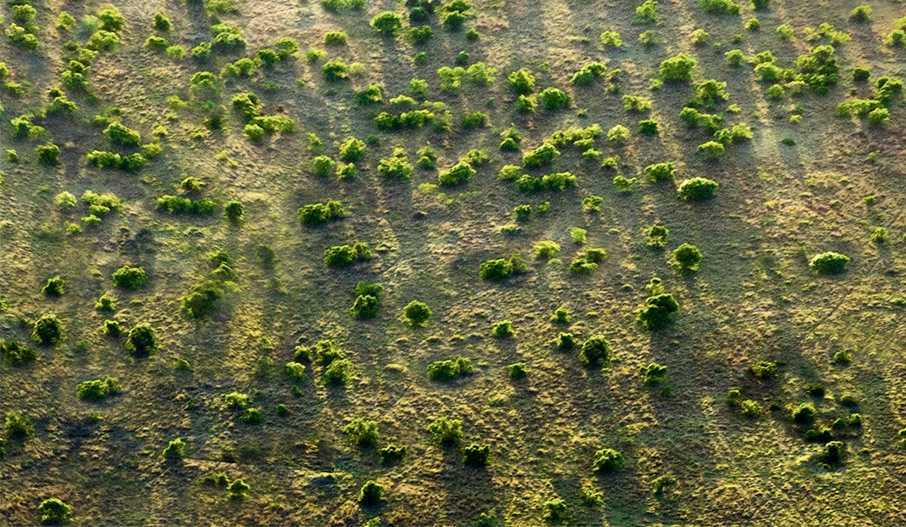 Annually, 75 billion tons of fertile soil are lost to land degradation. Similarly, drought and desertification destroy 12 million hectares of land every year. It takes bold land regeneration initiatives to counter this loss of food-producing land. And it takes merciless execution.

In 2007, the African Union launched the most ambitious reforestation project to date, the Pan-African Great Green Wall Initiative. A “fortification” of trees, 15 kilometers wide, stretching 8,000 kilometers across the continent, from west – Senegal on the Atlantic coast – to east – Djibouti on the Gulf of Aden. If completed, the African Union’s bold greening project will be the planet’s largest living structure on the planet, three times the size of the Great Barrier Reef.

Bringing life back to the degraded landscape of the Sahel region, the initiative could provide food security and jobs and improve lives for millions by 2030. The vision is to secure long-term and permanent solutions to regional (yet globally occurring) problems that have repercussions worldwide, like climate change, drought, famine, political conflict, and migration.

While funded by the EU, the World Bank, and the United Nations, the project has fallen behind schedule. Having encountered numerous obstacles in the past decade, only 15 percent of the wall were completed by 2020. Progress has been hampered due to the participating countries’ dramatically different levels of economic development, geographic conditions, and levels of governance. Monitoring progress and determining and evaluating the tree plantations’ survival rate has also proven difficult.

Arable land must be regenerated

The 2021 World Environment Day –  June 5 – marked the launch of the UN’s Decade on Ecosystem Restoration initiative. It was introduced with a sense of great urgency and a rallying call for the protection and revival of ecosystems worldwide, urging governments, businesses, and citizens to restore and rewild urban areas, grasslands, savannahs, and marine areas on a large scale.

Evidently, existing initiatives are not sufficient to stop widespread biodiversity loss and ecosystem collapse. According to the United Nations Convention on Combat Desertification (UNCCD), 75 billion tons of fertile soil is lost to land degradation annually. Similarly, 12 million hectares of land are lost every year to desertification and drought alone – an area that could produce 20 million tons of grain. Furthermore, desertification and land degradation cause USD 42 billion in lost earnings yearly.

“It is evident that existing initiatives are not sufficient to stop widespread biodiversity loss and ecosystem collapse.”

With the launch of the initiative, Decade on Ecosystem Restoration initiative, the UN Environment Programme (UNEP) and the Food and Agriculture Organization (FAO) have warned governments that they must commit to restoring at least 1 billion hectares of land – an area the size of China – by 2030. And pledge to do the same for our oceans.

The August 2021 publication of the sixth Intergovernmental Panel on Climate Change (IPCC) assessment report further emphasizes the urgency to act on land regeneration. It confirms that climate change is “widespread, rapid and intensifying. The scientists are observing changes in the Earth’s climate in every region of the world and across the whole climate system.” The slow pace of the Pan-African Great Green Wall is discouraging. However, there are examples of large-scale land regeneration projects that are better at staying on schedule, among them the Loess Plateau restoration program in Northwestern China.

The Loess Plateau, roughly the size of Spain, is named after its easily erodible, very fine-grained sedimentary soil. This north/northwest region of China is of immense historical importance, one of the early cradles of Chinese civilization and the birthplace of its agriculture. In ancient times, the plateau was highly fertile and fairly easy to farm, but centuries of deforestation and fuelwood gathering have led to severe environmental degradation and widespread poverty. The Loess Plateau became one of the world’s most severely soil-eroded regions and a significant contributor to sediments that gradually elevated the riverbeds of the Yellow River.

In the mid-1990s, the Chinese government and the region’s local communities embarked on one of the most extensive land regeneration programs in history, the Loess Plateau watershed rehabilitation project, backed by the World Bank. According to a 2007 World Bank report, the project successfully lifted 2.5 million local people out of poverty while securing food supplies and protecting natural resources. By introducing sustainable farming practices, farmers’ incomes doubled, employment diversified, and degraded environments were revitalized. As a bonus, the sediment flows from the plateau into the Yellow River were reduced by over 100 million tons per year, lessening the risk of devastating floods.

“If the Sinai were green and the evaporation system intact, the moisture dissipating from the coastal area would blow inland and turn into rain when cooled by the higher elevations in the mountain range further inland”

The Loess Plateau restoration program was the primary source of inspiration for the Dutch engineers that founded The Weather Makers, an organization that wants to make the Sinai desert green again. Their initiative, Green the Sinai, was launched in 2017 and aims to make Sinai’s hot and dry desert green, moist and fertile – like it once was.

Although positioned at its fringes, the Northern Sinai and Lake Bardawil used to be part of the Fertile Crescent, a region named for its rich soils, stretching east to Iraq, Syria, Iran, north to modern-day Turkey, and west to Egypt. The Fertile Crescent is considered one of the cradles of civilization, where settled farming first emerged, where access to water was abundant, facilitating riverside irrigation and agriculture. “I realized that if you changed the winds in the Sinai Peninsula by regreening it, you would flip the complete weather system of the region, which has an effect on the global climate,” says Ties van der Hoeven, Co-founder of The Weather Makers.

The Dutch engineers’ first step is to deepen the inlets of the Mediterranean-abutting Lake Bardawil. This could increase the area’s fish population. Simultaneously, applying sustainable fishing strategies and restoring formerly biodiversity-rich wetlands could spawn a thriving marine ecosystem with related socio-economic stability.

Dredging Lake Bardawil would generate vast quantities of fertile marine sediment that could be reused in multiple ways, creating a circular system combining aquaculture, agriculture, and livestock farming. Materials with high organic content could be used as fertilizer and to restore salt marshes and freshwater ecosystems. These wetlands would then trigger the first effective increase in evaporation rates, crucial to the next phase, regreening the Sinai desert that covers most of the peninsula, an area twice the size of Belgium.

Affecting the weather system from the Mediterranean to the Indian Ocean

“The key is to redirect the whole watershed’s water cycle step by step, from the coastal wetlands to the continental divide in the mountain range further south on the peninsula.”

If the Sinai were green and the evaporation system was intact, the moisture dissipating from the coastal area would blow inland and turn into rain when cooled by the higher elevations in the mountain range further inland, ultimately retaining moisture in the area. However, the desertified Sinai’s scant moisture blows over the mountain range and into the Indian Ocean basin. According to The Weather Makers’ model, the system consequently “sucks” air from the Mediterranean, causing a dryer and hotter climate in southern Europe while contributing to excess rainfall and typhoons around the Indian Ocean. The organization argues that this wind pattern could be reversed with a cooler, green Sinai, benefiting both the Mediterranean and the Indian Ocean basins.

To realize this ambitious project, The Weather Makers would use a holistic, multi-faceted approach, working with the shape of the land, to regenerate the whole watershed’s water cycle step by step, from the coastal wetlands to the continental divide in the mountain range further south on the peninsula. Many parts of their approach have already been worked out, at least on paper, but van der Hoeven needs help to create a system using the dredging sediments to fertilize the land in the best possible way.

“If you have billions of cubic meters of very rich, salty mineral sediments, the indigenous sediments which are eroded from the mountain area, hold everything to grow a robust ecosystem, and if it also has the microbes still in there to process that cycle, we’ve got to use it! And if we are dredgers, we can quickly dredge that material and pump it to specific locations,” claims van der Hoeven.

The size, scope, and complexity of these land regeneration programs make them hard to grasp and overview. It is also difficult to foresee the potential obstacles and problems the Weather Makers may run into since these involve myriad stakeholders – local inhabitants and businesses, national and regional governments, environmental organizations, banks, and NGOs – with various and not necessarily coordinated agendas.

The big challenge for policymakers, investors, and potential collaborators is to determine which bold ambitions would make the most significant difference in the shortest time. For this, both an in-depth and broad scientific understanding of the subject is critical, as well as the courage to put the greatest support where the greatest potential lies.

A leap of faith would probably help too. 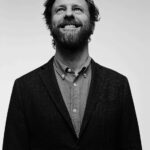