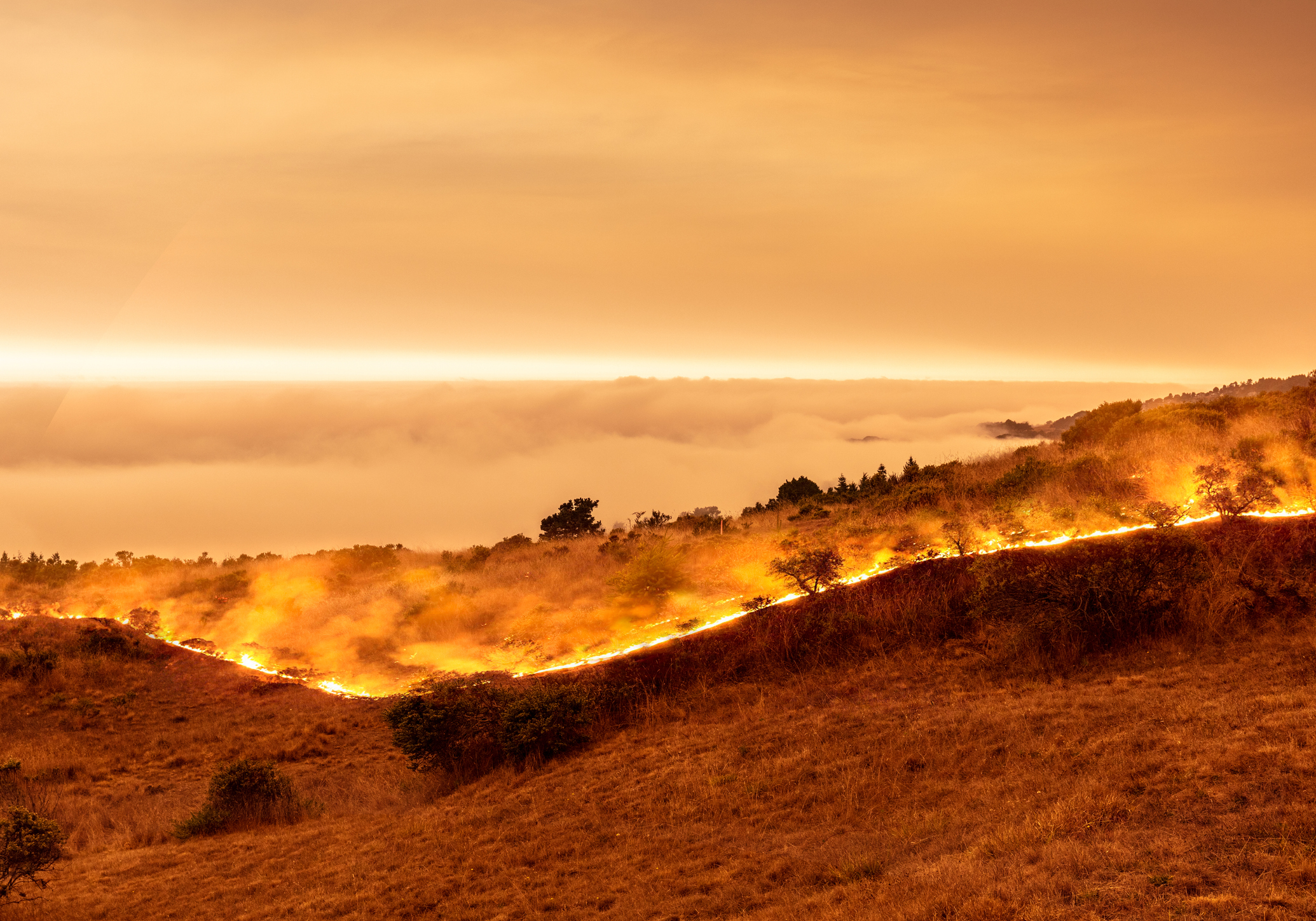 Wildfire on California coast - Sonoma County by ocean with view above marine layer.

Wildfire season has officially started in the Golden State. Water scarcity and water management – once California’s marvel of engineering – are primarily to blame, as are thirsty crops.

Beware the “zombie trees”. In early May, scientists discovered a smoldering, smoking sequoia tree in Central California’s Sequoia National Park. It has been burning silently since August of last year when lightning ignited a wildfire that spread across a sizable swath of the Sierra Nevada and took five months to contain. Twenty-twenty saw California’s worst wildfire season on record; 9,279 fires burned a stupefying 4.2 million acres of forest and vegetation, torching 10,488 structures and killing 31 people. Governor Gavin Newsom called it a “climate damn emergency”.

He might be equally eloquent this year. The wildfire season, which typically lasts through October, started on May 15 when the Palisades brush fire, a mere 20 miles from downtown Los Angeles, forced the evacuation of some 1,000 residents and scorched land that hadn’t burned in 75 years.

Anyone who has ever built a campfire knows that you need tinder, kindling, and fuel; tinder is the stuff that will ignite from an ember or a spark – dried leaves, pine needles, grasses, and such; kindling will get the fire going; fuel is what keeps it aflame. The most populous state in the country is a parched expanse of tinder, with severe to extreme drought conditions in the mountain range that provides about a third of California’s water. In spring, the Sierra Nevada snowpack is normally at its peak, yet on April 1, it was down to 5% of average, according to the state Department of Water Resources.

Drought, without a doubt

Californians are surely going to feel the effects of their soon-to-be-drained reservoirs, just as they did in 2012 – 2015, the state’s driest consecutive four-year stretch since record-keeping began in 1896.Still fresh in mind, this extended drought turned into an all-out crisis. Crops and gardens withered, salmon streams dried out, and ski slopes turned into gravel runs. Statewide,

officials ordered urban residents to reduce water use by 25%. They hired water cops to enforce the rules, prompting people to think twice about flushing toilets (the water-thrifty slogan “If it’s yellow, let it mellow” has been adopted from San Francisco to London, and Cape Town), forcing hotels to cut back on laundry service and restaurants to serve less of that formerly free-flowing beverage. All the while, homeowners used smartphone apps to turn in neighbors that over-sprinkled their lawns – massive residential water users, so-called water buffalos, still spill over 15,000 liters a day.

From 2014 – 2016, the agricultural sector lost 3.8 billion USD and more than a half-million acres of farmland, taken out of production for lack of irrigation water. An estimated 21,000 jobs disappeared in 2015 alone.But it didn’t stop there. The extreme aridity killed more than 100 million trees and weakened millions more, sparking – literally – a catastrophic turn of events: The graveyard of trees fueled California’s wildfire epidemic.

The nation’s thirsty fruit basket – a marvel of modern engineering, a catalyst of conflagration

Moving vast quantities of water remains California’s proudest feat of engineering; it has transformed its arid, mountainous countryside into the nation’s most bounteous oasis. The state’s constructed landscape turned it into an agricultural powerhouse that produces one-quarter of the United States’ food. Some of America’s greatest public infrastructure accomplishments were created to spur this development, among them nearly 1,500 reservoirs for water that is redirected from the mountains to the coast and from north of Sacramento, where three-quarters of the state’s precipitation falls, to south of the state capital, where three-quarters of its water is used, 80% of which by farming.

As the name suggests, the Central Valley is far from any northern cloudbursts. This verdant basin is California’s agricultural hub, fed partly on groundwater, which has seen a fair share of farming-induced contamination calamities. To irrigate the crops in the hot, dry summer months when water is most needed, the Central Valley depends on the state’s extensive network of water storage and delivery systems that collect winter rain and spring snowmelt.The Golden State produces more than 400 agricultural commodities, collecting billions in revenue and supporting hundreds of thousands of jobs. They include forage (grown for animal consumption), fiber, grains, legumes, vegetables, fisheries, and livestock. But fruits and nuts are its real celebrities. The state grows nearly two-thirds of the nation’s fruits and nuts and is the primary or sole producer of almonds, clingstone peaches, grapes, pistachios, and walnuts. Based on data from the U.S. Department of Agriculture and the National Agriculture Statistics Service, and the UN’s Food and Agriculture Organization

these gustatory superstars collectively cover over 2 million acres and generate more than 14 billion USD, comprising more than 28% of the states direct agricultural value. The crux of this stale biscuit, however, is that agriculture requires a superabundance of water. Almond orchards, for example, need more than 40 inches of water each year, yet many of the state’s prime almond-growing regions receive less than 10 inches. Almond cultivation has doubled in the last decade as it’s a high-value crop. High returns make it lucrative for farmers to invest in deeper wells that intensify groundwater depletion. One source suggests a single almond needs about 4.2 liters of water to grow. A one-liter carton of almond milk contains anywhere from 16 to 135 almonds, which means between 125 and 940 liters of water go into making one liter of almond milk. Consider that next time you pour the popular stuff in your coffee!

Avocados are heavy drinkers too. California is the United States’ largest producer of everybody’s favorite toast topping. More than 3,000 avocado growers occupy approximately 50,000 acres. On average, 250 to 300 liters of water are required to grow one “alligator pear”.

California’s engineered landscape was not designed to accommodate current nutritional fads or farm practices, nor was it made to adjust to the rapid climate change that continues to cause more extreme precipitation patterns. The dry years are simply becoming drier, forcing cities and farmers to deplete underground aquifers.

Of course, this warming is also exacerbated by greenhouse gas emissions, some 20% of which originate “within the farm gate”. California is not only the country’s fruit basket; it’s America’s larder and largest dairy producer. But its cows – with their methane-producing metabolism – are further raising temperatures and causing even more drying. According to the North Carolina Institute of Climate Studies and the NOAA National Centers for Environmental Information, California’s emission pathway will cause historically unprecedented warming by the end of the 21st century. Even under a pathway of lower greenhouse gas emissions, average annual temperatures will most likely exceed historical record levels by the middle of the 21st century – contributing to yet more wildfires.

Overall, the western fire season has extended by at least 84 days since the 1970s. Cal Fire, California’s fire protection service, no longer considers there to be a wildfire “season”. The state is a year-round campfire that just won’t go out.

The still-burning sequoia in the Sierra Nevada is like a dinner guest that refuses to leave, hoping she’ll be invited to stay for breakfast. She’s not alone. In the high northern hemisphere’s boreal forests, “zombie fires” smolder through the non-fire season and flare up the following spring. A recently published study in the journal Nature suggests that these “overwintering” blazes could become increasingly merciless as the climate warms. 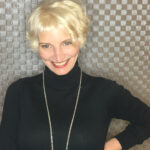