Can we feed humanity and save the planet with edible microbes? 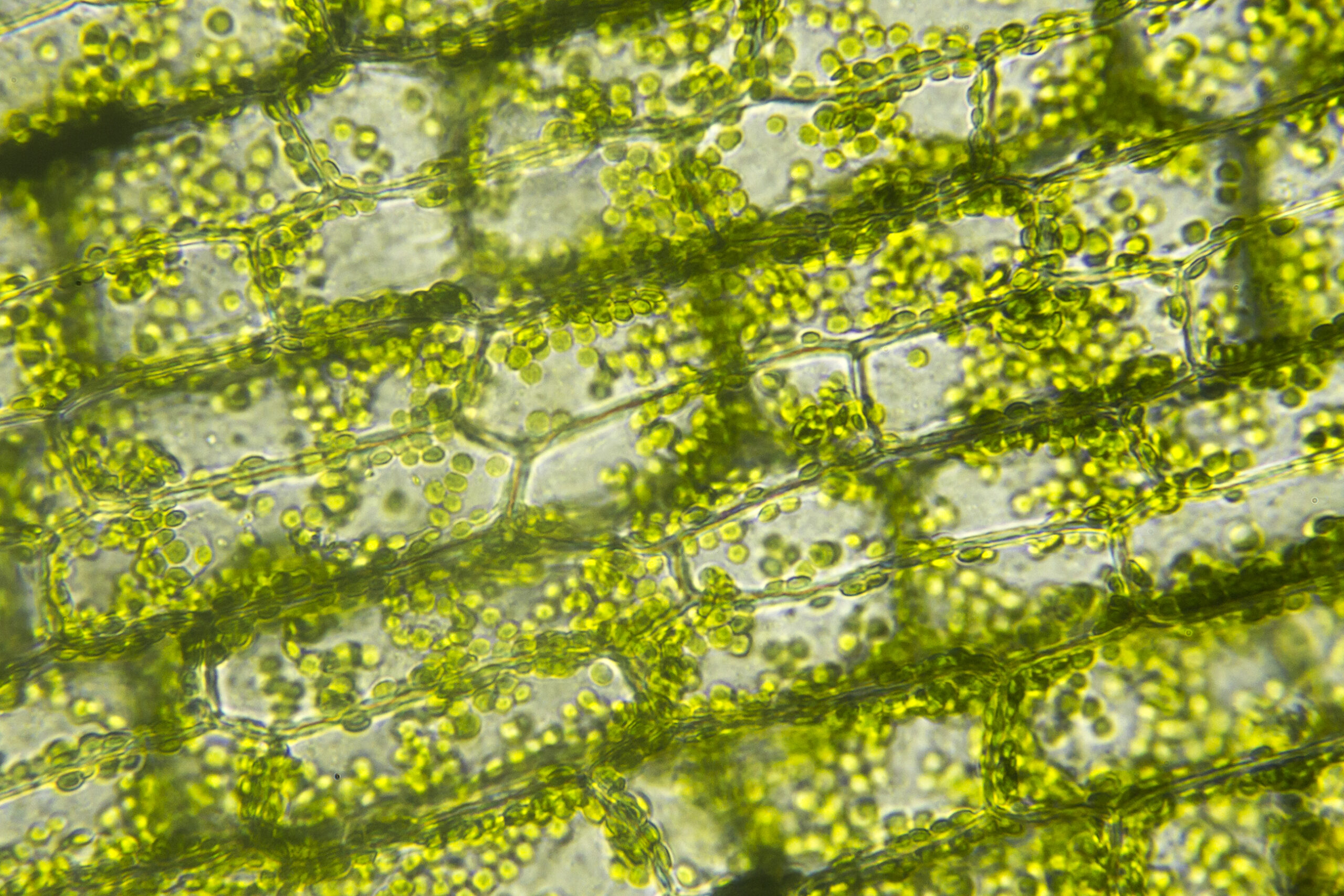 Edible microbes such as bacteria, yeasts, filamentous fungi, and microscopic algae are emerging as a potentially more sustainable and resilient option for food and food production for a warmer and more crowded planet. In this buildup, conventional agriculture not only underperforms; it also aggravates the problem.

Climate scientists are sounding the alarm, warning that the extreme weather events currently dominating headlines worldwide might already be the new “normal”. These radical shifts in temperatures and precipitation levels are of particular concern to present and future global agricultural output. How will we cultivate enough food to feed a growing population when the climate is getting increasingly warmer and more unpredictable?

While climate change poses a direct existential threat to global agricultural output, agriculture – a major contributor to global greenhouse gas (GHG) emissions – is simultaneously aggravating the problem. It would be truly ironic if farming – the key innovation that made complex human societies possible thousands of years ago – would now actually contribute to societal collapse in this century or the next.

Today, it is abundantly clear that our current agriculture-dependent food production model is unlikely to adapt fast enough to a warmer and more unstable climate to ensure future global food security. Hence, we need a way of producing food that is less dependent on climate stability and better at reducing food production-related GHG emissions and environmental impacts such as habitat destruction and biodiversity loss.

Substituting conventional animal- and plant-based foods with edible microorganisms (bacteria, yeasts, filamentous fungi, and microscopic algae) could be the solution.

“Bioreactors make it possible to cultivate microorganisms anywhere, irrespective of climate, as long as there is access to energy, water, and whatever nutrients the microorganisms need to grow”

The idea of using microorganisms as food came to prominence in the 1960s and 1970s but tapered off in the early 1980s as improved crop genetics boosted global agricultural yields. Today, however, as our capacity for producing food can no longer be significantly extended by new crop cultivars, edible microorganisms are making a comeback.

In terms of climate resilience, edible microorganisms outperform conventional foods. They are typically cultivated in closed vessels known as bioreactors where environmental conditions – especially temperatures within the bioreactor – can be precisely controlled by human operators. Therefore, bioreactors make it possible to cultivate microorganisms anywhere, irrespective of climate, as long as there is access to energy, water, and whatever nutrients the microorganisms need to grow. (More about nutrients further down.)

Because the bioreactor is a closed system, it is also possible to prevent losses of water and nutrients to the external environment. However, the major drawback is the steep price tag of bioreactor-based food production; the technological infrastructure is very capital-intensive. Building a single bioreactor can cost tens- to hundreds of millions of Euros.

Edible photosynthetic microorganisms such as microalgae can also be grown in open ponds, but such cultivation systems are vulnerable to contamination from toxic algal species and predatory microorganisms.

“From a sustainability perspective, CO2 is probably the most attractive feedstock for cultivating edible microorganisms. Turning the main greenhouse gas into a basic input in food production sounds like an idea whose time has come”

How sustainable and resilient can a particular microorganism be as a source of food? The answer boils down to the microorganism’s nutritional needs – what it “eats”. “Feedstock” is the technical term for the nutrient sources used to cultivate microorganisms. Sugar is a common feedstock used, for example, to grow the edible filamentous fungus Fusarium venenatum, which is processed into mycoprotein meat-imitation products. Although mycoprotein has a lower environmental footprint than meat, it depends on agricultural sugar cane and sugar beet production for its feedstock. It is therefore still vulnerable to disruptions to agricultural yields caused by climate change.

From a sustainability perspective, carbon dioxide gas (CO2) is probably the most attractive feedstock for cultivating edible microorganisms. Microscopic algae can use photosynthesis to grow on CO2 and have therefore long been championed as an alternative food source. However, another group of CO2-utilizing microorganisms – chemosynthetic bacteria – have recently received a lot of attention. These use a chemical energy source such as hydrogen gas rather than light energy to convert CO2 into sugar. Biotech start-ups such as Solar Foods, Air Protein, NovoNutrients, and Deep Branch Biotechnology are all developing processes involving chemosynthetic bacteria to produce dietary protein directly from CO2.

Market launch can be hit-or-miss

The success or failure of edible microorganisms as an alternative food source will ultimately rely on whether they can compete economically with conventional animal- and plant-based foods and whether they can gain widespread consumer acceptance.

Regarding costs, there is one critical trade-off to consider: the amount of food produced per surface area in the form of edible microorganisms can be significantly higher than conventional agriculture by a factor of a thousand or more. Imperial Chemical Industries (ICI) proved this point in the late 1970s when constructing what is probably still one of the largest bioreactors ever built – over 60 m high, weighing 600 tons with an internal working volume of 1500 m3. Located in northern England, this behemoth cost the equivalent 300 million Euros in today’s money and could produce up to 43 000 tons of bacterial protein per year for use as animal feed. To create the equivalent amount of soy protein per year would require approximately 375 km2 of agricultural land, an area slightly larger than the entire island nation of Malta.

As a simplified comparison, Iowa in the US has extensive soy production and one km2 of agricultural land is worth 1.5 million Euros. Consequently, 375 km2 is worth 563 million Euros, nearly twice as much as the initial investment in a bioreactor producing the same amount of protein. The savings are significant, both in capital expenditure and land use.

The ICI bioreactor used simple alcohol methanol as a feedstock to grow a protein-rich bacterium called Methylophilus methylotrophus. At the time, the methanol was synthesized from natural gas and can therefore not be considered a sustainable feedstock. However, with today’s technology, it is also possible to synthesize methanol directly from CO2, a process that has already been successfully commercialized.

My own estimates have shown that a process employing direct air capture of CO2 followed by its conversion into methanol to cultivate M. methylotrophus would require circa two thousand times less surface area than growing soybeans. That said, this rough estimate does not factor in the surface area needed to power the process. But a recent study, which looked at solar-powered microbial protein production using a similar process involving CO2 capture and its chemical conversion into feedstock for microbial cultivation, concluded that the geographical footprint could be reduced by at least 90 % compared to soybean cultivation.

If financial incentives could be introduced to reward the significant land-saving potential of edible microorganisms, they would stand a much better chance at competing economically with conventional agricultural food products. It is also worth reemphasizing that thanks to bioreactors, edible microorganisms can be produced essentially anywhere on the planet while food crops are limited to areas with access to arable soils and specific climate parameters – not too hot, not too cold, not too dry, not too wet and so on.

The only major microbial food product on the market today is the mycoprotein imitation meat sold under the Quorn™ brand, but its production requires a sugar feedstock. However, both Solar Foods and AirProtein have announced plans to make chemosynthetic bacteria-derived food products commercially available in the near future.

In the end, the primary obstacle to significantly scaling up the production and use of microbial foods and feeds is their obscurity. Both policymakers and the general public are largely ignorant of the existence and the potential of edible microorganisms as a technology option both for surviving climate change and perhaps even preventing it. Hopefully, this article can be a small step in remedying the situation.