Robert joined the Food Planet Prize team in December 2021 as a Nominations Coordinator. A month later, he stepped in as Acting Head of Nominations, covering for Afton Halloran who is on parental leave.

Robert’s main responsibilities are twofold. First, he ensures a steady flow and a diversity of quality nominations. He forages all corners of the globe across sectors to identify groundbreaking projects. He can also count on tips and suggestions from regional scouts to handpick promising ideas.

The second important aspect of Robert’s role is to facilitate the selection of finalists. To that end, he collects information and writes comprehensive background documentation on vetted nominees in preparation for Jury discussions.

And there is much more than meets the eye. But first who is Robert Nylander? What makes him tick? Spoiler alert: food production.

Researcher by trade, farmer by heart

Robert has a wealth of experience carrying out research and evaluating agricultural and environmental projects in Europe, Asia, and South America.

He has also contributed to several research programs in the past 4 years, both nationally and internationally. Notable missions include mapping out watershed management projects at the United Nations Food and Agriculture Organization (FAO), analyzing marine environment trends affecting poor coastal communities at Sida, and interviewing Indian farmers using symbiotic microbes as harvest boosters for the development cooperation program Securing Water for Food.

And farming is precisely where Robert’s fascination with food and nature started. As a child, memorable potato harvests at grandma’s farm in Lillström certainly sparked his interest. In this small village located 400 km north of Stockholm, family Nylander would gather every autumn to perform the annual symphony of digging and lifting. And then enjoy the fruit of their labor together. 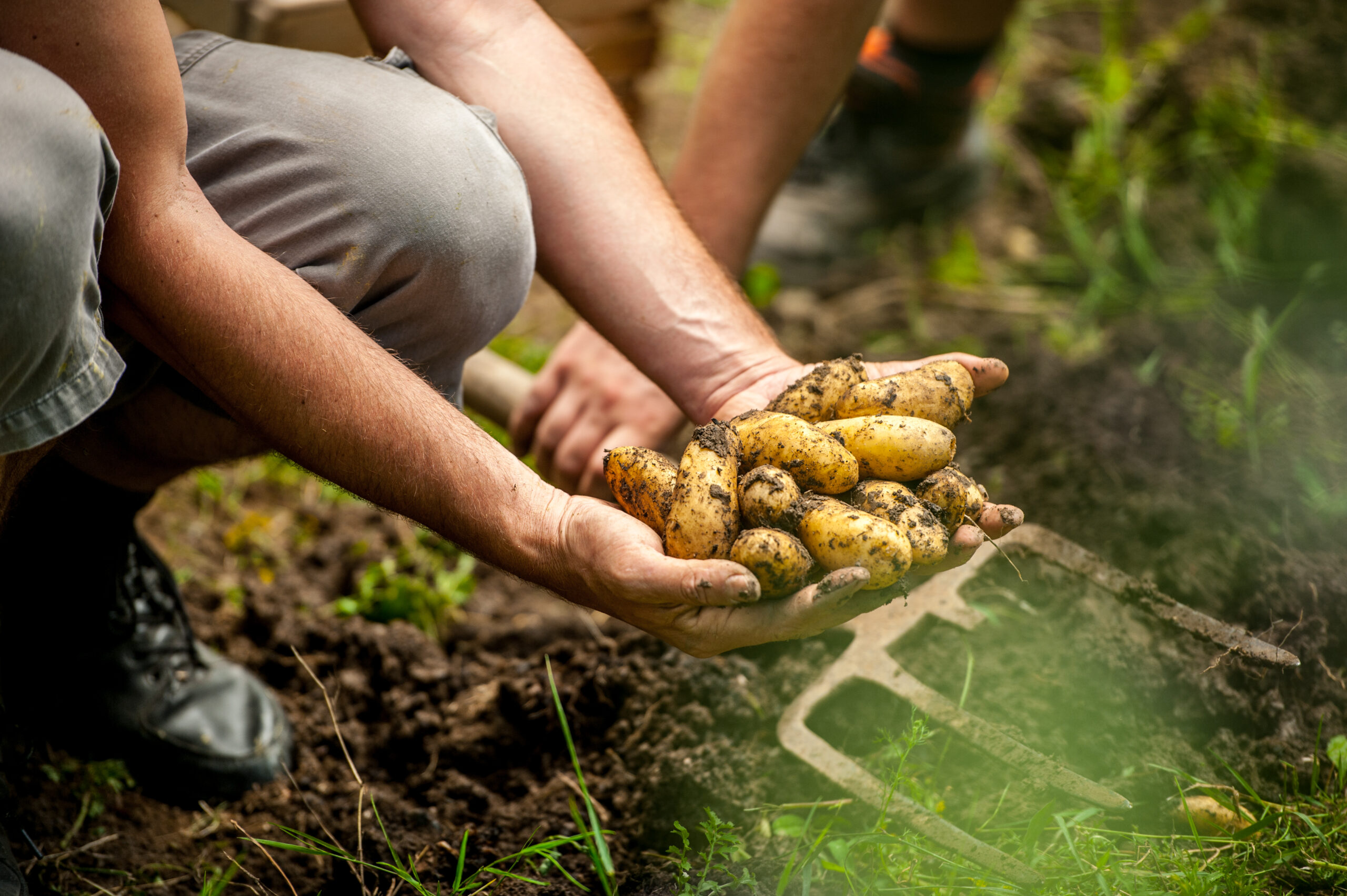 From agricultural land to the larger environment, there is only one step. Robert holds a bachelor’s degree in environmental science from the University of Gothenburg. For his master thesis, which focused on water and climate governance, he conducted a field study in the Peruvian Andes. Learning about toils facing farmers in Peru and India spurred him to come full circle and now grow his own veggie garden.

Science and practice for change

So, a chance to take part in the urgent transition to a sustainable global food system as well as to collaborate with a diverse and passionate group of people motivates Robert to work at Food Planet Prize. And he is a real asset to the team.

On the one hand, his knowledge of environmental, social, and economic sustainability enables cross-sectoral and multi-stakeholder analysis. He applies that lens when identifying what makes the initiative he reviews inherently sustainable and scalable. On the other hand, his varied experience allows us to tap into his expansive network of stakeholders. From agronomists to social entrepreneurs and development cooperation professionals, he tirelessly encourages them to spread the word about the Prize and submit nominations all year round.

In his spare time, in addition to keeping abreast of the latest trends of the global food system, Robert enjoys tending his garden, of course! Other hobbies include playing music and wave surfing, even in cold Swedish waters. If that’s not passion, what is? COVID-19 allows, let’s hope he can seek warmer waves soon.

Contact Robert for any nominations-related questions. He speaks Swedish, English, and Spanish.